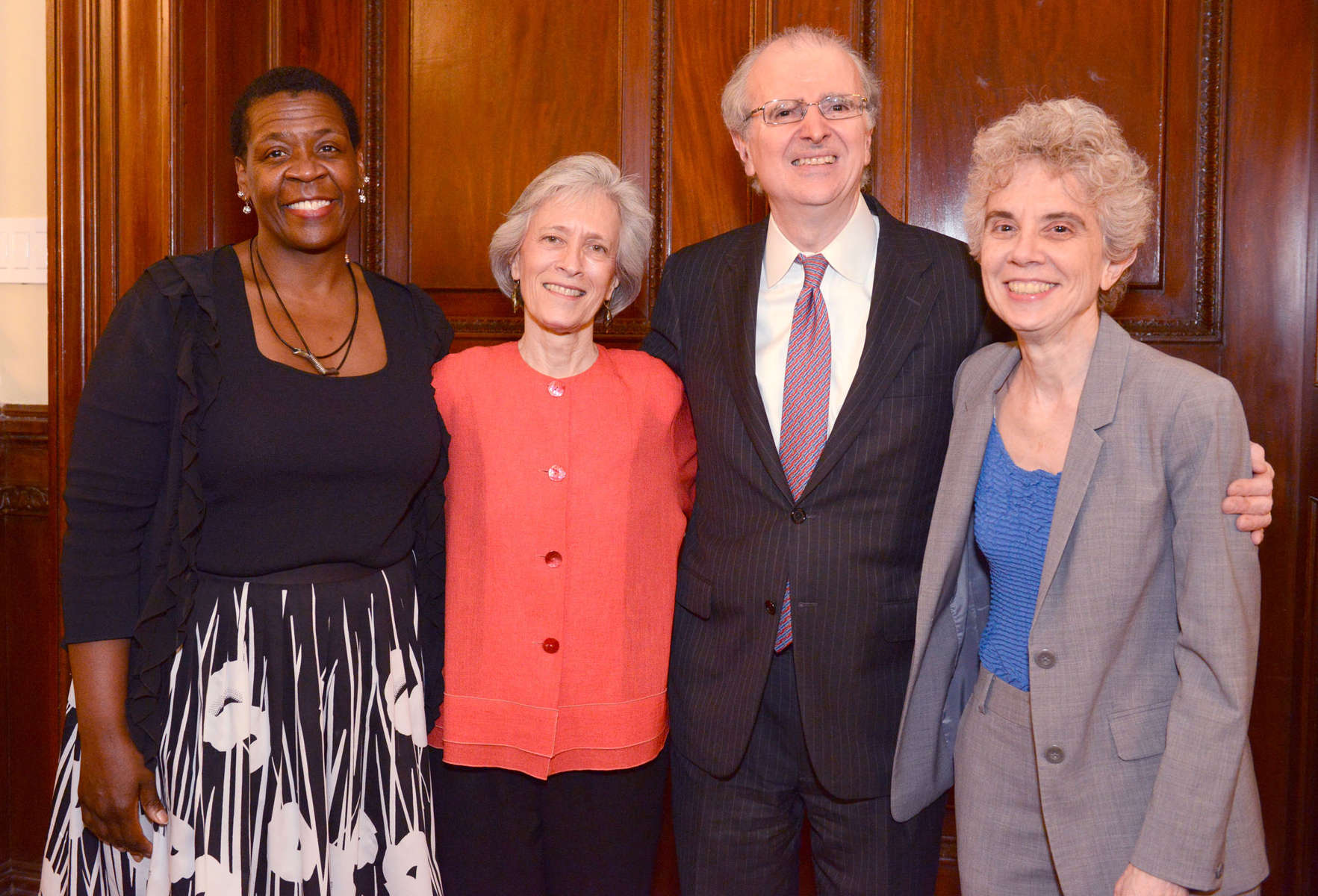 The New York City Bar Association presented the 2014 Kathryn A. McDonald Awards, which are presented annually for excellence in service to the Family Court.

Recipients are, Catherine Douglass, second from left, Executive Director of Her Justice, and Alfred Siegel-former Deputy Director of the Center for Court Innovation, Mr. Siegel's award will be presented posthumously.